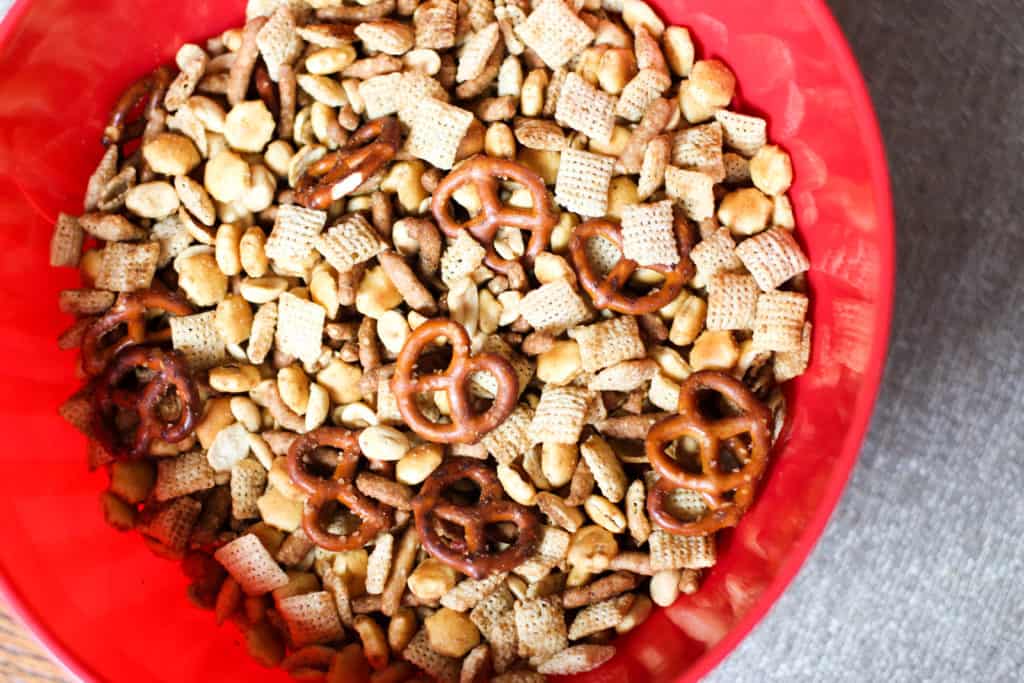 With the official start of football season around the corner, it’s time to tailgate!

In celebration, I’ve joined a group of bloggers from all over the country to bring you 64 tailgating recipe ideas for a tailgate everyone will be jealous of!

This Old Bay Trail Mix is definitely something to be jealous of!

Growing up, I was a Navy brat and moved around to 5 different states and Puerto Rico.

I never really stuck around one place long enough to commit to a football team.

For the past 15 years, I’ve been living in Maryland so the Baltimore Ravens are the closest thing to my team. (Sorry Redskins fans!) 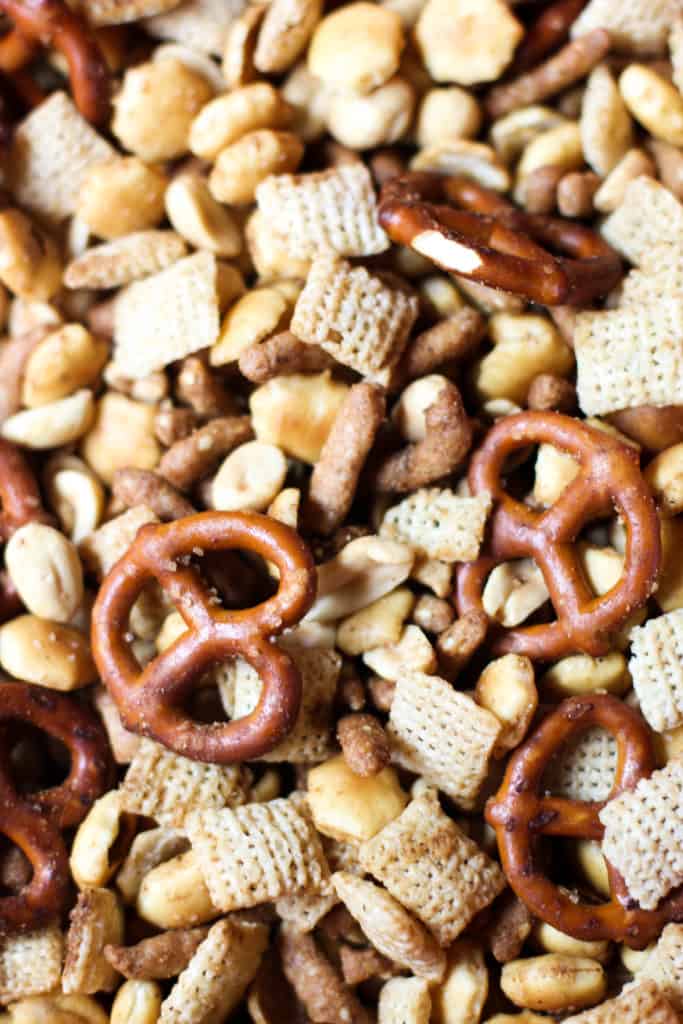 With that being said, living in Maryland for so long has grown my love of Old Bay like you wouldn’t believe. I had never heard of it before moving here and now can fully appreciate the flavor on just about anything.

Beer brewed with Old Bay? Bring it on!

Let me just say that this post isn’t sponsored by Old Bay.

I just love it that much. Pair it with trail mix and you have the perfect tailgating food. Nice and salty to go with the cold beer. Bonus points for not needing to store it in a cooler!

Now that you have this Old Bay Trail Mix on your list, why don’t you scroll down to find a TON of other tailgating recipes from some great food blogging friends!

We’ll have a few more of these posts in the upcoming months to make sure this football party lasts all season long!!

Salsa Verde by A Dish of Daily Life

Sausage, Peppers + Onions Pigs in a Blanket by A Little Gathering

Crispy Baked Buffalo Wings by And She Cooks

Blackberry BBQ Sticky Wings by Around My Family Table

Tailgate Tacos by Lizzy is Dizzy

Bacon Wrapped Tater Tots by Me and My Pink Mixer

Build Your Own Bloody Mary Bar by Off the Eaten Path

Chowder Stuffed Jalapeno Poppers by Order in the Kitchen

Bacon-Wrapped Cheeseburger Bites by The BakerMama

Honeydew Melon Refresher by Two Places at Once

Sausage Apple and Sage Hand Pies by What A Girl Eats

Recipe adapted from Taste of Home.

Note: This post is in no way sponsored, endorsed or administered by the National Football League (NFL) or any of its teams. All opinions and views expressed on our blogs are our own, not that of the NFL and/or any of its 32 teams. Any team names, logos or other symbols referenced are properties of their respective organizations. We are just big fans — and we want to share our love for our teams, the game and the food that brings us all together on game day.

I have to agree Sam - Old Bay is one of my favorite seasonings. Maybe it's because I lived on the Eastern shore of Maryland for several years. :-) I never thought of adding it to a trail mix but it sounds awesome. I think I would nibble my way through the whole bowl! lol

Oh my WORD. This trail mix sounds phenomenal! Can you bring some by? ;) Seriously, though. I am always looking for good snacks like this for tailgates, and I have no doubt this will be well-loved at ours!

Thanks so much for joining us in this fun collaboration! Hooray for football season almost being here!

Looks so easy and yum!!

You know I don't think I have ever used Old Bay seasoning--that is probably a crime, isn't it? Well I love trail mix, so I must give this a try!

This is the perfect recipe to try Old Bay with! You'll be hooked after you try :P