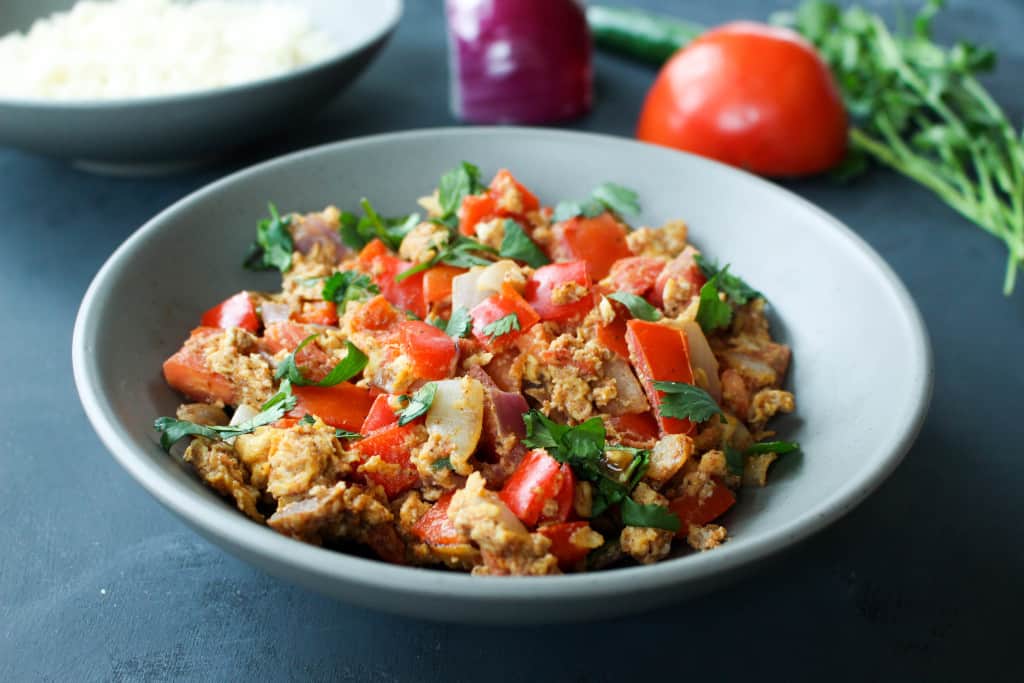 Egg Bhurji is an Indian styled scrambled eggs that consists of vegetables like red onion and peppers and Indian spices like garam masala. It’s typically served with roti, but I paired it with some basmati rice.

Who doesn’t want what is essentially veggie fried rice in the morning? If you’re looking for something outside of your normal egg routine, I definitely suggest this! It’s super simple to make and makes for this sweet and spicy combination that is addicting. 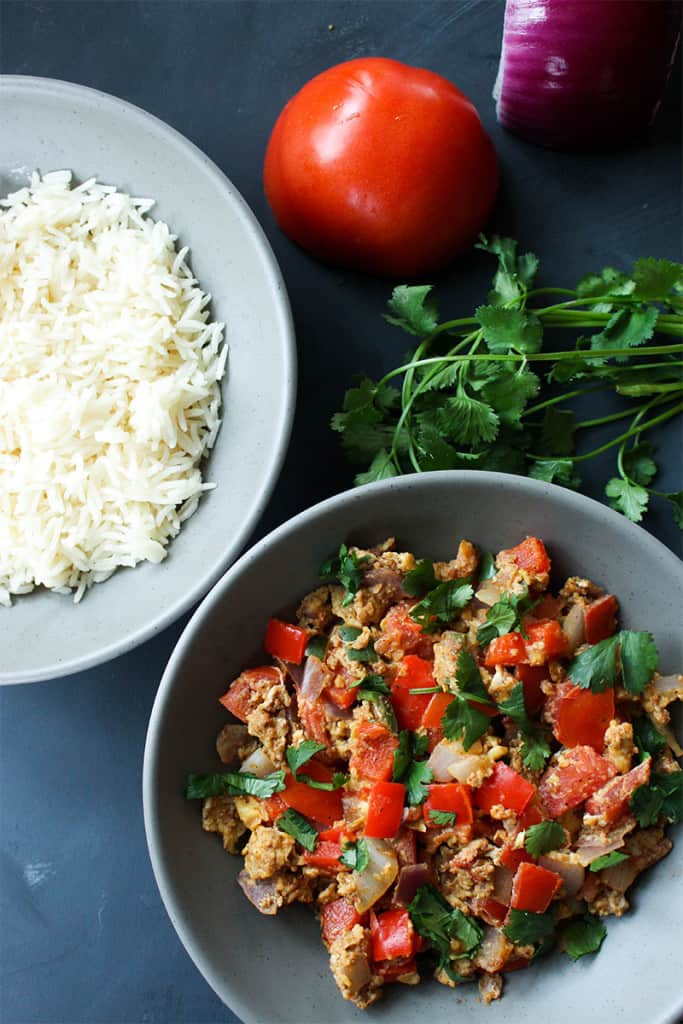 Did you know that capsicum is a common term for bell peppers? I definitely did not. Learning every day!

If your recipe calls for coriander leaves, that’s cilantro. My cilantro last summer bolted in the high heat before I even had a chance to realize what happened. Bolting is essentially the plant trying to create seeds as fast as possible to give it a chance to survive in the heat. Cilantro is very picky about what temperature it’s in so before I knew it my cilantro had flowers then seeds which are commonly known as coriander!

The cilantro that tops the Egg Bhurji gives it freshness that balances all of the spices that are incorporated. You should definitely give this a try next weekend.

Love egg-y dishes and definitely have to try this one. Never heard of an egg bhurji before but it looks so flavoursome and delicious!

Thanks Thalia! I definitely recommend it if you like egg dishes especially if you like Indian flavors. It's a great alternative for breakfast.

Oh this sounds so good! Thanks for sharing :)

This looks incredible- I'm always looking for new ways to make eggs. Thanks for posting this recipe!

Thank you so much! I definitely recommend it for something easy and great!