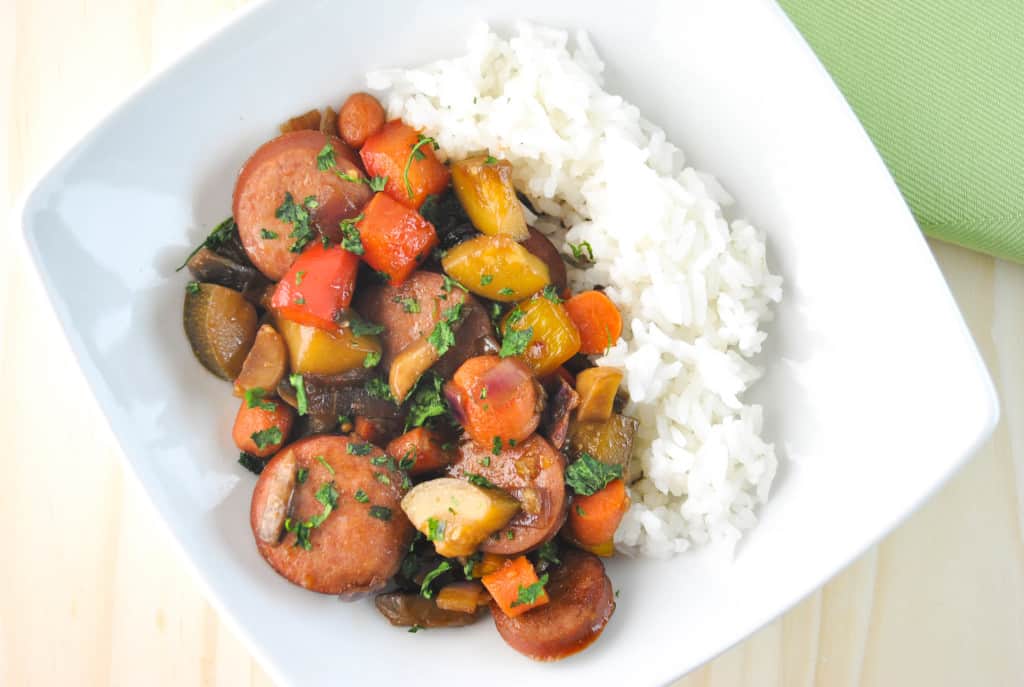 Alright…. Let me be the first to say that kielbasa is notttt my first choice for a stir fry protein. When you’re snowed in and already ate the chicken you bought to prepare for the “storm of the century”, looking at you Blizzard ’16, you only have so many options.

I had gone to the store with no particular meals in mind (dumb. dumb. dumb.) and just loaded up on a ton of different veggies and proteins. Chicken and kielbasa made it in the cart along with all the of the white essentials of the storm (milk, bread, toilet paper).

The first night of the storm I cooked basic chicken with broccoli. This decision would later come back to haunt me… 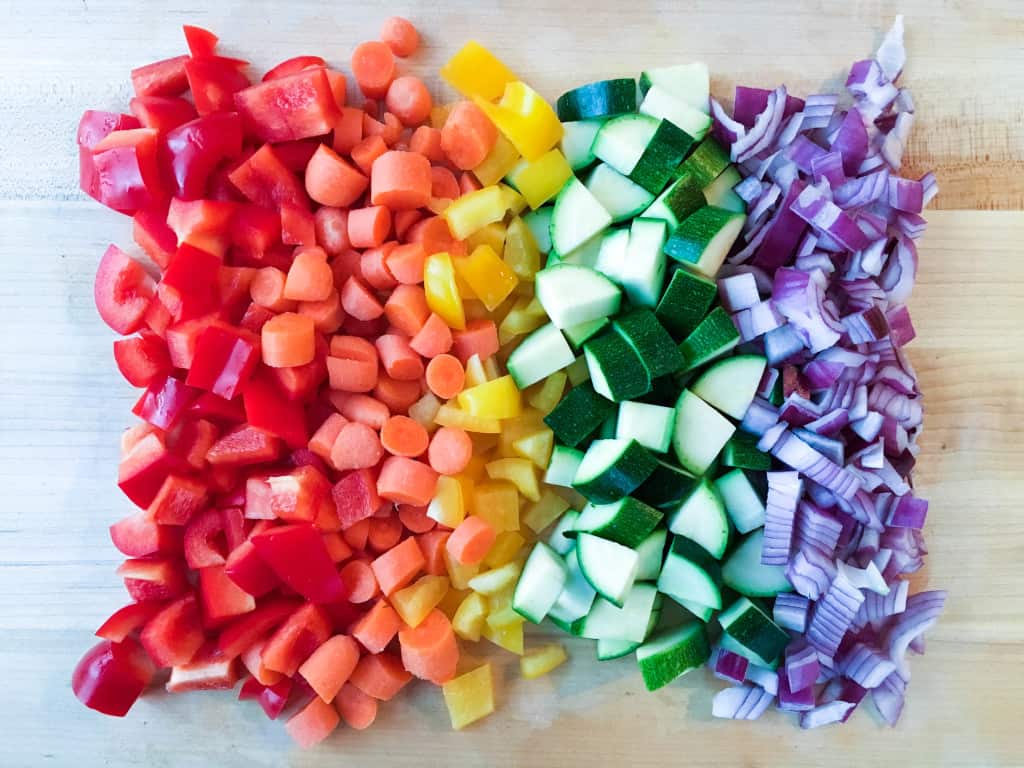 Kinda obsessed with all of the colors.

After 36 hours of snow, I needed a little sunshine in my life. I chose all of the brightest vegetables I had and figured a stir fry would be the best way to go. 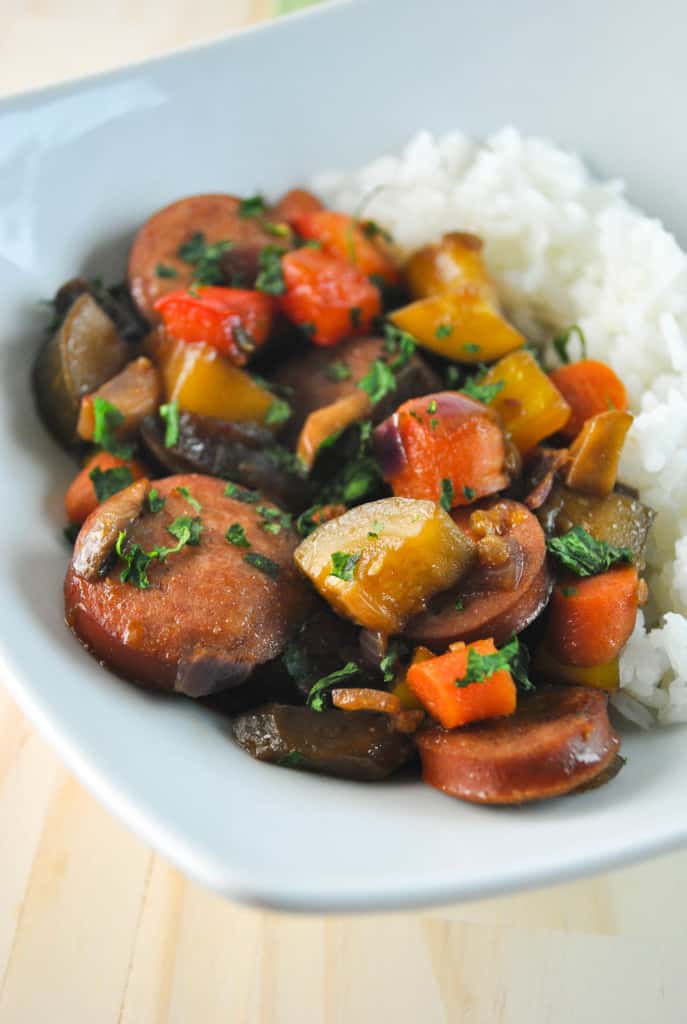 It wasn’t until I was picking the vegetables that I realized broccoli would have been perfect. Then it dawned on me. I already cooked the chicken. Kielbasa it was. I’ll say it wasn’t terrible, but it’s not the most authentic. ? Definitely a simple week night meal if that’s what you’re looking for.

What I love about the stir fry sauce is that it can be used with so many different flavor combinations. Basically any vegetable would be good along with chicken, shrimp or steak and serve it with either rice or rice noodles. Boom. Done. I think next time I might try some veggies with pineapple and shrimp. Let me know what combination you tried!