Is this thing on? I’ll be the first to admit that it has been ENTIRELY too long since I’ve sat down to actually blog. Over a year in fact which has been a complete whirlwind! I figured why stop now with procrastinating posts. I mean it’s only the last day of January and I’m finishing up last year’s recap post… ¯\_(ツ)_/¯ I’m gonna ease back into this that’s for sure. 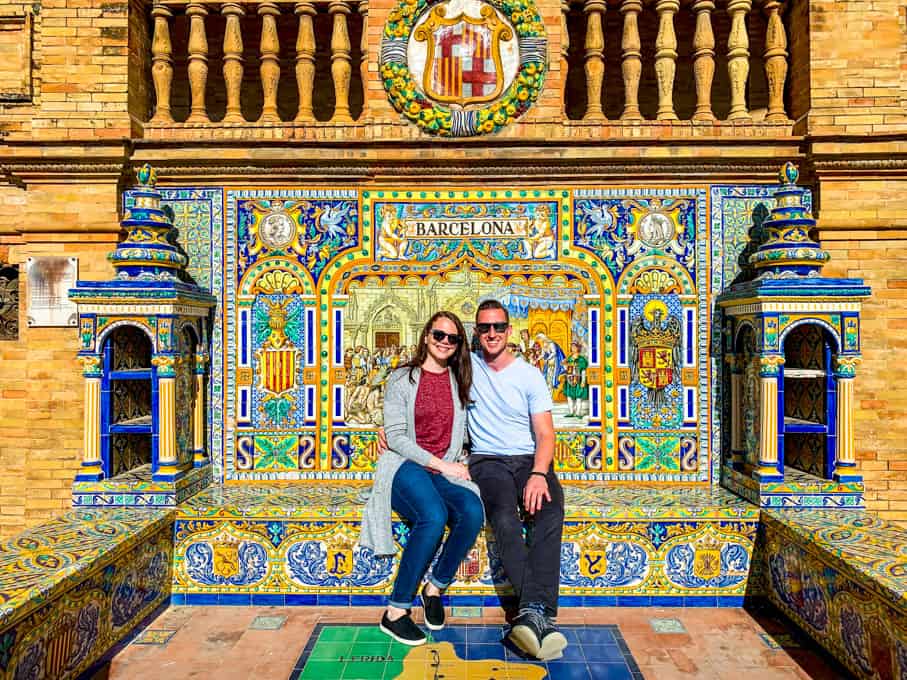 Ever since I started my new job with Mediavine in October 2017, I’ve been nonstop. I’ve had the opportunity to help so many bloggers do what they love and travel to different places all over the country to meet them! I’m so grateful to have had these experiences so far. Now that I’m up to speed in my new role, I think it’s time to finally get back into a blogging routine too. I have some fun things planned for 2019 including more great recipes and even going to dip my toes into travel posts! With as many places as I’ve been, I’d love to share my tips for each. Before I do that I want to just recap what I’ve done through 2018! It’s been busy, professionally and personally, and I’m excited to look back on exactly what I did. 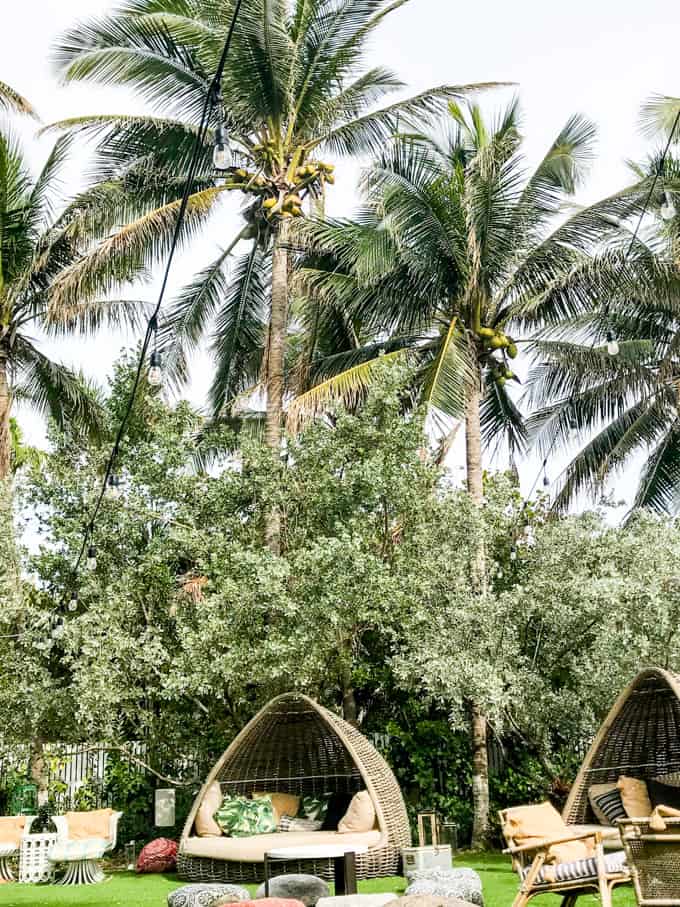 This month was CRAZY. It was my first experience working for Mediavine during Q1 which was a learning experience in itself. The fun part was getting to head down to Miami with our entire company for a week of coworking and meeting our partners. At the time, we were a team of only about 25 people which is wild to think about since we’ve over doubled the team since then. We were able to eat at a ton of different restaurants and spend lots of time admiring the beaches even if it was SO windy. So windy it cancelled our awesome cruise at the end of the week, but it’s fine, I’m over it. Sort of.

I was able to spend some time in Charlotte with my boyfriend in February which has been so nice. #remotejobperks Making long distance relationships easier one job at a time. I also attended my first Charlotte Food Bloggers event! We did a beer and dessert pairing with Birdsong Brewing that was a blast. If you’re a blogger in Charlotte and don’t already participate, I highly recommend checking this group out. It’s a fun group of like minded people. 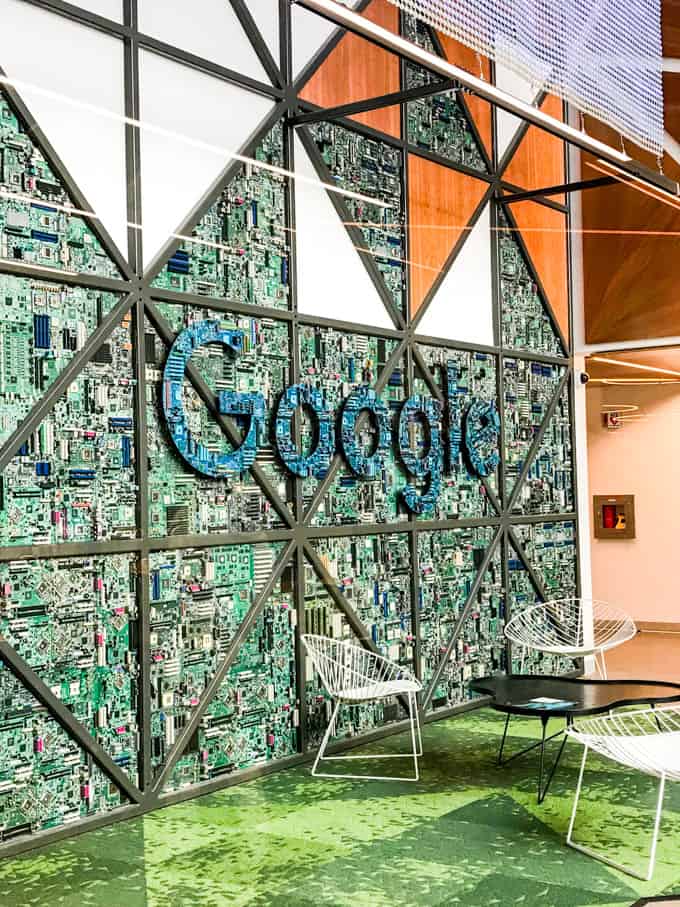 To cap February off, I flew out San Jose to attend our Mediavine Publishers Conference. This event was held at Google headquarters which was so neat to see! I was so excited to ride the famous Google Bikes and check out Silicon Valley for the first time. A few of our teammates also checked out the Winchester Mystery House while we were out there! It was a fun tour and definitely not as spooky as I was expecting.

My sister was still attending the Savannah College of Art & Design as a senior and we knew that we had to do one St. Patrick’s Day while she was still there. I was one of the thousands of people that flocked to Savannah, Georgia to experience their St. Paddy’s Day festivities. If you didn’t know, Savannah usually always lands in the top 3 for top cities to visit for St. Paddy’s. And oh it felt that way. I was mostly grateful she had a place for me to crash and park so I didn’t have to deal with the general chaos that other tourists were dealing with. 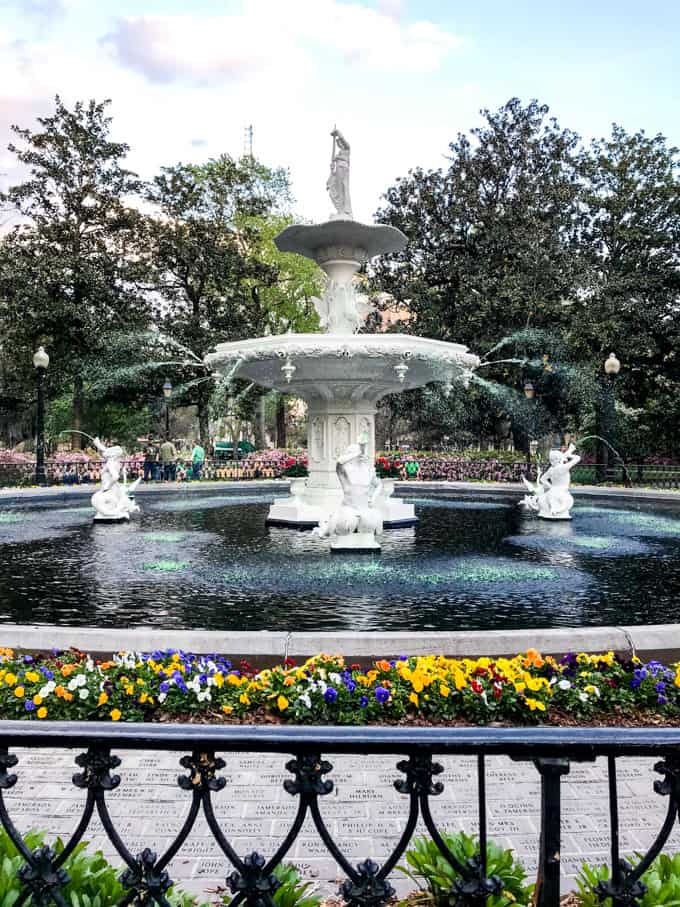 It ended up raining throughout the day which made it a crazy of soaking, drunk people trying to find shelter, but it was a blast. We walked a ton, watched the parade, and drank a lot of green drinks, throughout the day. It was an event to remember for sure. Maybe not for others though. I spent most of both months between Charlotte and Savannah after St. Paddy’s was done. I was able to spend a week in Savannah visiting my sister. Again #remoteworkperks. My boyfriend came down for the weekend and we spent a lot of time exploring and eating and drinking. We found a new love for Foxy Loxy Cafe which has the best horchata lattes and kolaches. 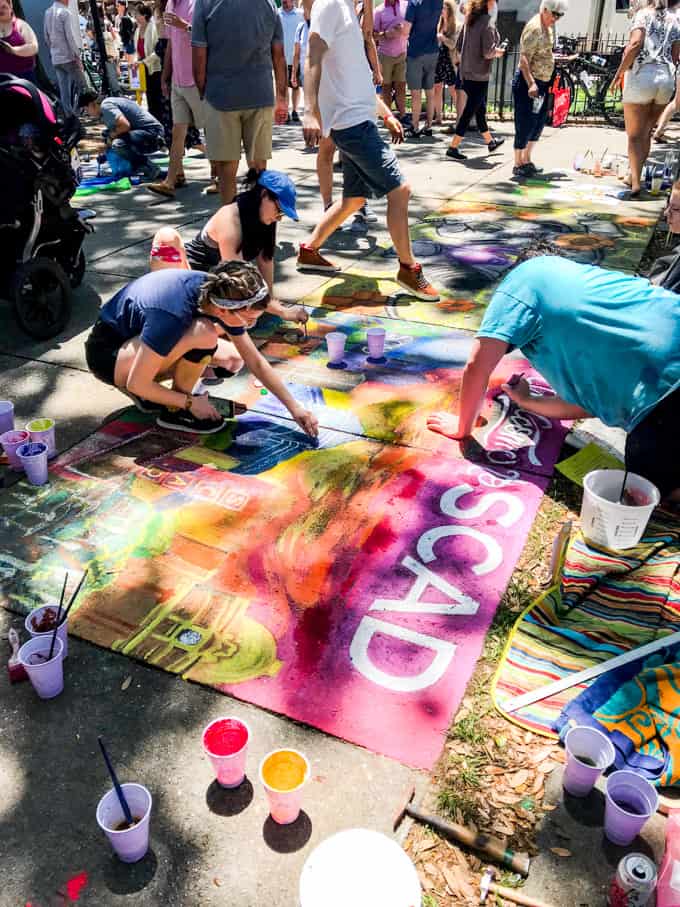 That weekend was also the Sidewalk Chalk Festival for SCAD where all of the students get to create art on the sidewalks in Forsyth Park for the public to enjoy. The coolest part was seeing my sister’s team win the whole thing! May I got to spend more time in Charlotte and was able to be there for my birthday which is always fun. With some poke bowls from Seoul Poke Bowl, we spent the afternoon at trivia at Good Road Cidery which is always a fun time. The next week I took flight to Salt Lake City for my second Everything Food Conference. Mediavine was the title sponsor which was so fun to do! We had a big area to meet and greet all of our awesome blogger friends. 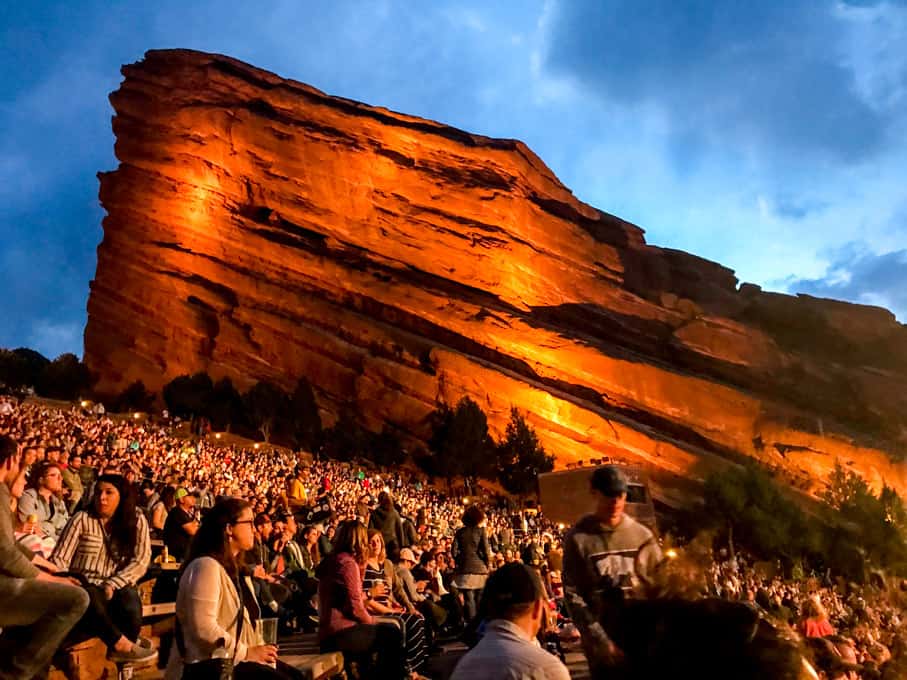 At the end of May, I flew back out to Denver to spend a week there training new hires for Mediavine. I developed an even deeper love for ramen (who knew that was possible) with an amazing place called Uncle. I even convinced some coworkers to trek out to Red Rocks Ampitheater where we saw The Decemberists for a fun night! Denver is quickly becoming one of my favorite places for all of their awesome things to do, food to eat, and beer to drink. June, July, and August My family headed back down to Savannah for the last time this year to see my sister graduate. It was a fun send off and I’m already counting down the days until our next Foxy Loxy visit. During this time, the Stanley Cup playoffs were taking place. My family’s favorite team is the Washington Capitals so we had a blast watching the games down there and in Charlotte. Watching them win is probably one of my favorite sports moments ever. I don’t know if anyone will ever be more excited than Ovechkin. 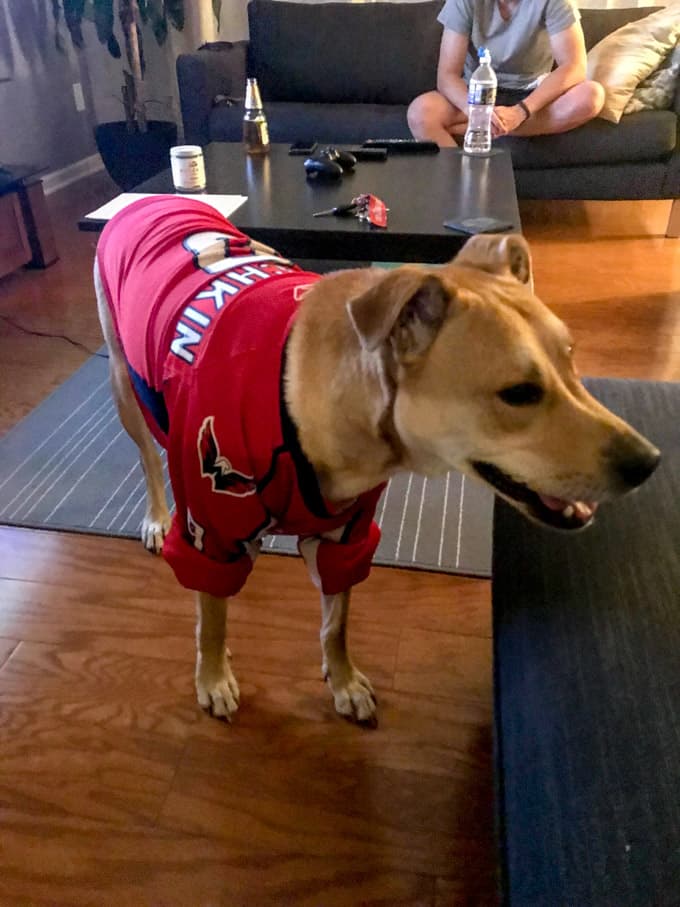 Something I’ll get into more … someday .. is the epic cross country road trip that my sister and I did last summer to move her out to LA! It took a little more than a week and we hit Atlanta, Nashville, Kansas City, Denver, Las Vegas, and ended in Los Angeles. Once that was done, I took some time off from traveling and spent most of my time either in Maryland or Charlotte! I even made my first home brew with my family which was so fun. 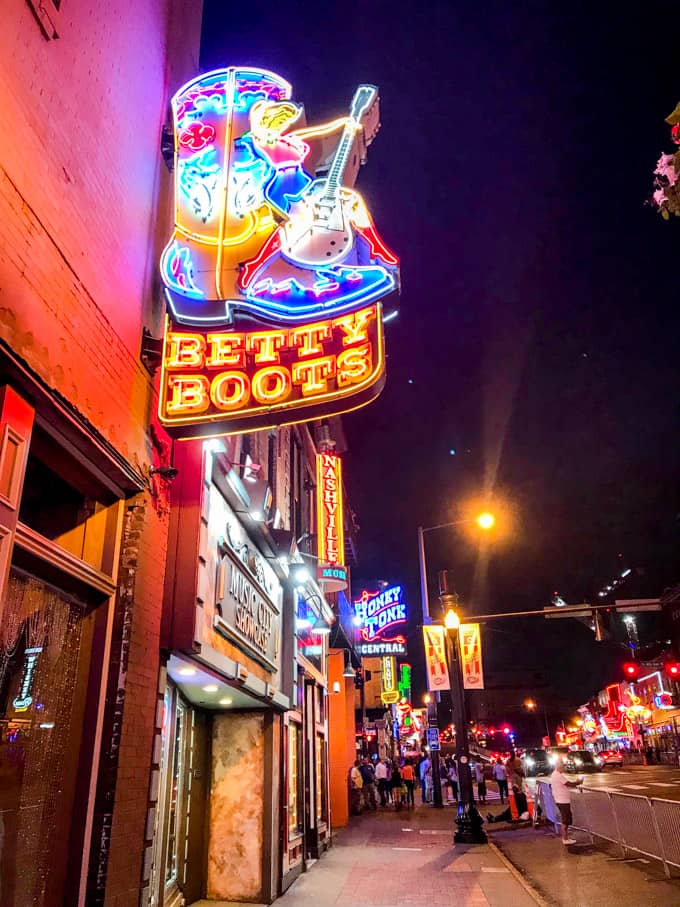 September, October, & November Work kept me pretty busy traveling as usual during these months! I flew back out to Salt Lake City for the Tastemaker Conference to hang out with a bunch of awesome food bloggers which was so fun. I also went to Orlando for my first FinCon and, boy, that was the biggest conference I’ve ever been to! We also had an all company retreat in Atlanta and even had training in Philadelphia in November! 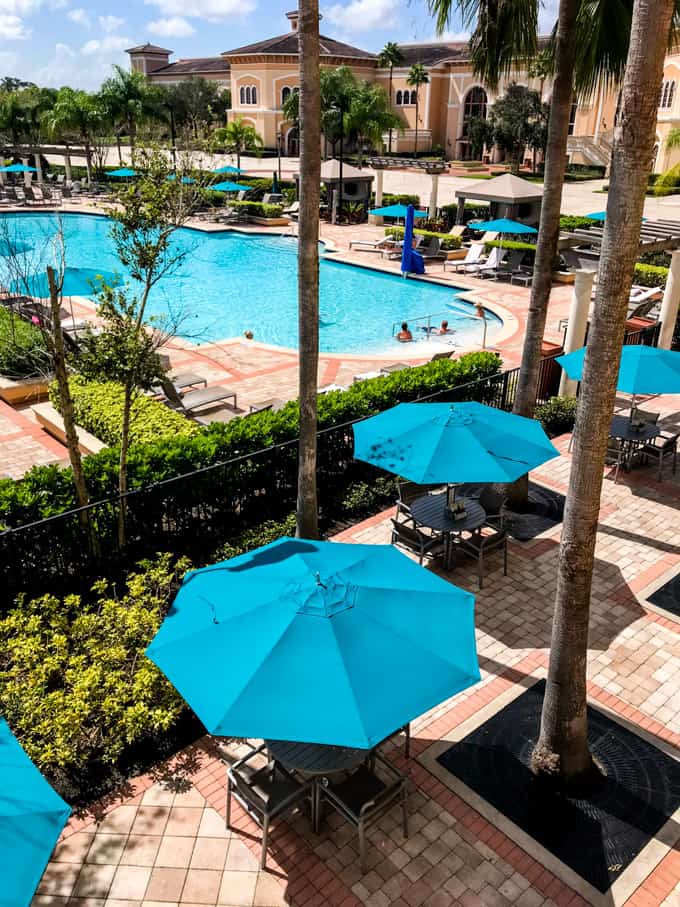 I also never thought I’d be the person to get excited about seeing a podcast live, but oh I was so excited. Karen and Georgia from My Favorite Murder came to Charlotte which was such a blast to see! The rest of that time was filled with fun fall events like a friend’s wedding in South Carolina, pumpkin picking, and a Charlotte Checkers game. There’s nothing quite like minor league hockey! My boyfriend and I also rediscovered our love for Top Golf so we went as often as we could. 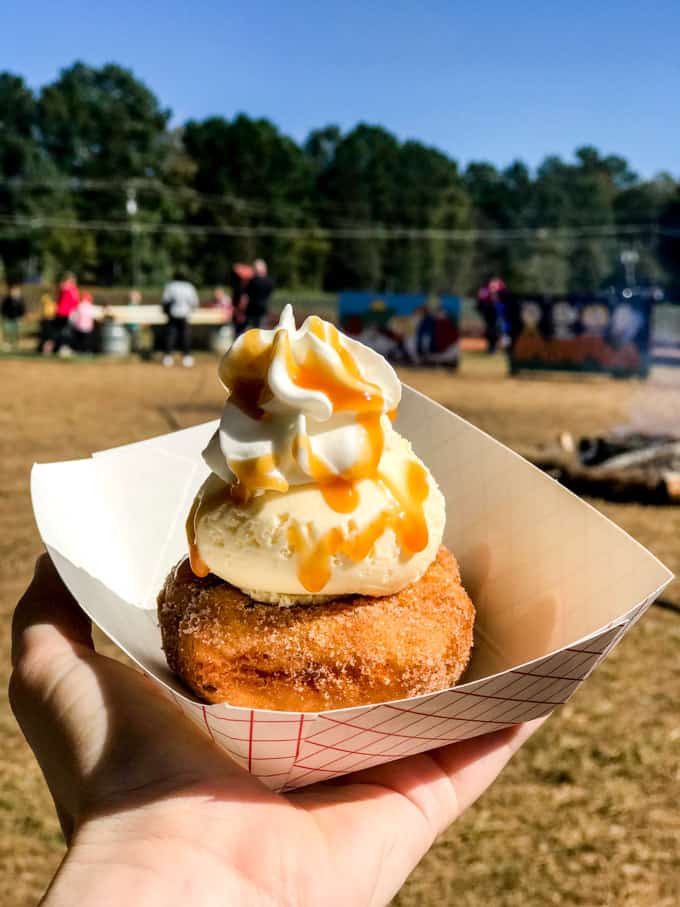 December My boyfriend and I were lucky enough to take off two weeks at the beginning of December to visit Spain and Portugal which was probably the highlight of the year. The food, people, and new sites were so amazing. This was too good of a trip to give a two sentence summary so I’ll be sure to get more information together mostly as an excuse to share more pictures. 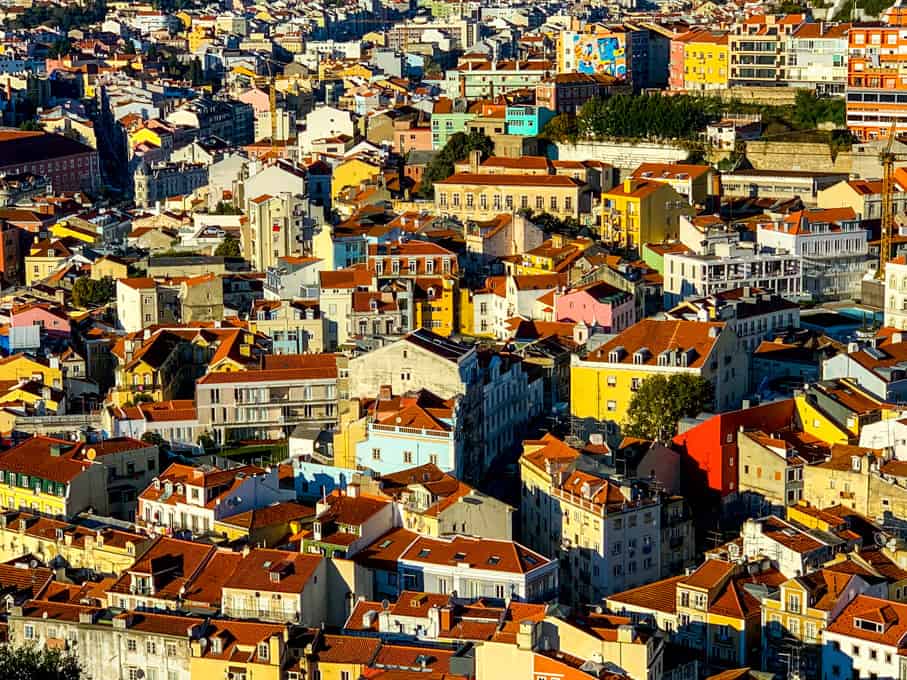 The holidays were spent at home with my family and Tucker which was much needed downtime after this crazy year. My sister and I even drove down to Charlotte to spend New Years Eve seeing The Avett Brothers which, as huge fans, was an awesome bucket list item to check off the list. 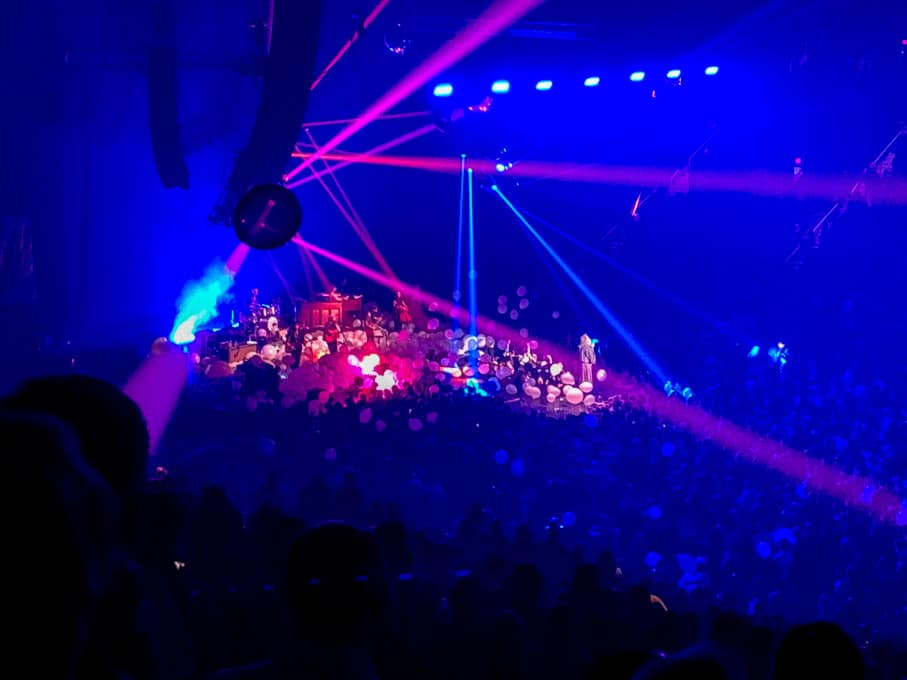 PHEW. That was a lot. If you’re still here, bless you – I hope I didn’t bore you too much. All I have to say after that, is that I am so grateful for the past year. It was crazy and busy and at times, a little overwhelming, but it was a year to remember. Thanks for sticking around and I can’t wait to see what 2019 brings!

Sam! What a wonderful year you head and I'm so glad we got to do some of these awesome things together! It's so good to see you back on the blog and I can't wait to see what else you have coming up! Happy 2019! :)

Aw thank you, friend! Couldn't have done it without you!